This is a portrait of my grandfather drawn from a photograph taken in 1942,  by Dorothea Lange when she was commissioned to photograph Japanese Americans being interned during the start of the US entry into World War 2. The marks are the text from Executive Order no. 9066 which established military areas excluding those of Japanese descent and establishing the internment camps.

I only met my grandfather in the hospital briefly as he died when I was very young. Drawing him was a way of getting to know him and imagining what he was thinking as he was led to an unknown future. Historical context is everything but hopefully by reaching back into history we might someday learn from our misplaced fear. Letting hatred go unchecked will only burn us alive 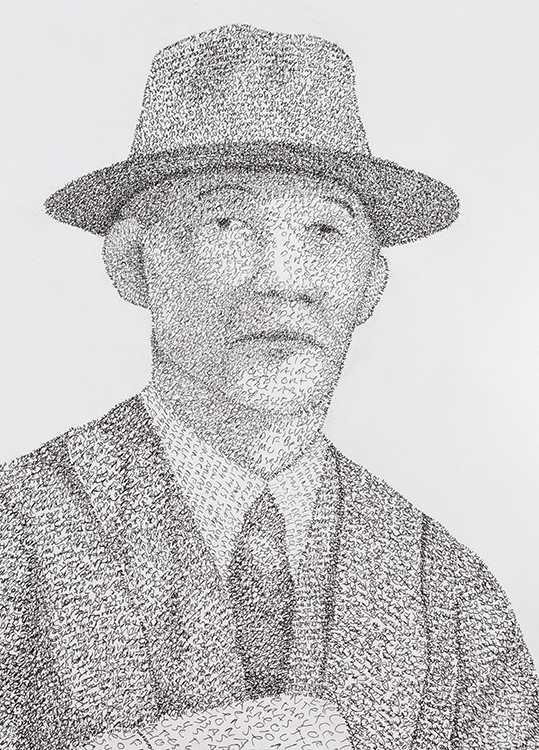 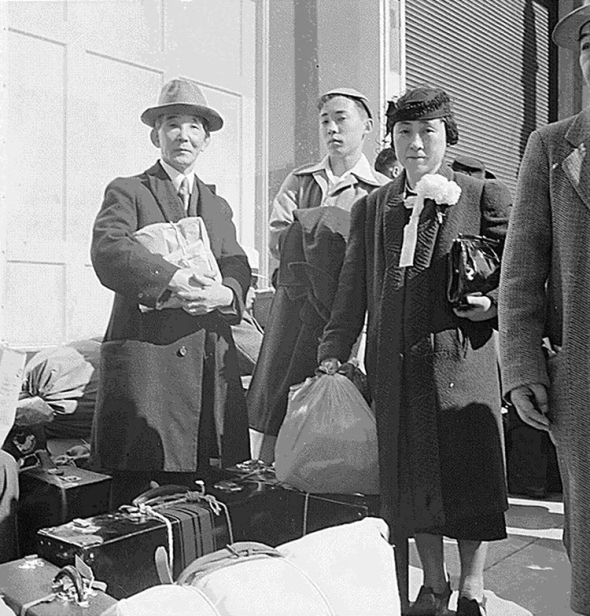 This entry was posted on March 8, 2018 by bryanida. It was filed under Uncategorized .

"Yellow Eyed Penguin" 25x 20 acrylic on panel
"Waterfront" 39 x 71 acrylic on panel
On view at Walter Maciel Gallery
On view behind the desk at George Billis Gallery
On View at Walter Maciel Gallery
"The 302" 48 x 41 acrylic on panel
My portrait of "Devon" is featured on the LA Metro Art Bus.
I have work in two group shows right down the street from each other.
For the “Cityscape show 12” at the George Billis Gallery I was asked to create a piece that expressed the word "iconic" in some way or fashion as it relates to the city. I responded with a new work titled “Palm Trees” 30 x 18. This piece is one of the first works I have been able to complete left handed following nerve damage to my right arm from overuse. I am slowly recovering but still limited in what I can do.
I am excited to be included in a show curated by Annie Seaton titled "Future Patchwork" at the Walter Maciel Gallery.
Loading Comments...
%d bloggers like this: